Under the Linux operating system, I download and install the Linux version of redis. Since the first installation of redis is based on the tutorial, each step is operated step by step according to the tutorial. Finally, the installation is successful, and the command execution is also very smooth. Although the execution is complete, I don’t know much about the operation. There was a problem when installing redis today. The screenshot is as follows: 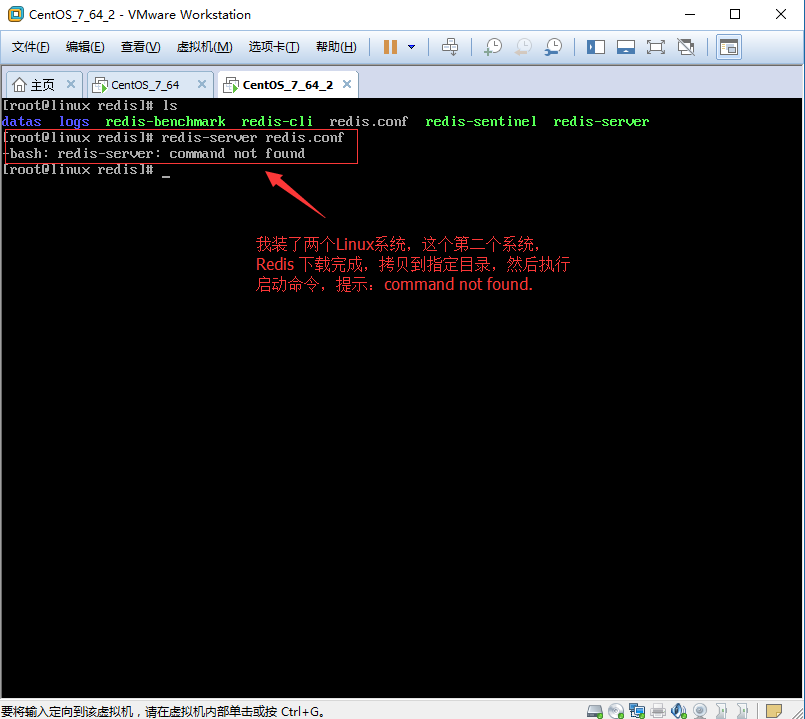 I’m talking about my installation steps:

Step 1: create a new directory and enter it

Step 3: decompress the redis file in the current directory

Step 5: copy the relevant files to the specified directory with the directory address of/root/application/program/redis to complete the operation

after the above five steps are completed, and the redis.conf configuration file has been modified, I think redis server can be started. When I execute the following command, I will prompt an error

The following is the sixth step. After this process, we will have a deeper understanding

Step 6: go back to the/root/software/download/redis/redis-4.0.6/src directory and execute the make install command to complete all the installation

Well, the problem has been solved. I find a truth that “failure is the mother of success”. Through continuous operation and debugging, the understanding will be different, especially for software development. Start to test the cluster mode of master-slave replication of two Linux versions of redis