The error is as follows: 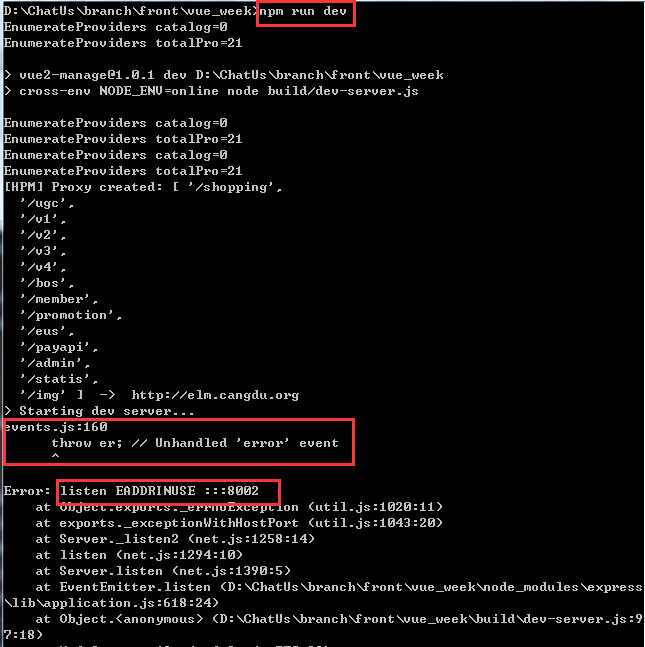 Listen eadrinuse: 8002 means that the current 8002 port is occupied

1: Simple and rude: turn off the relevant programs that may be affected and restart them

Press enter to display the PID number of the program corresponding to port 8080; As shown in the figure below:

2. Find the corresponding program according to the PID number:

Press enter to display the program that occupies the port, as shown in the following figure:

3. Press the shortcut key “Ctrl + Shift + ESC” to call up the Windows Task Manager, and end the program process according to the corresponding name of PID/program. As shown in the figure below: 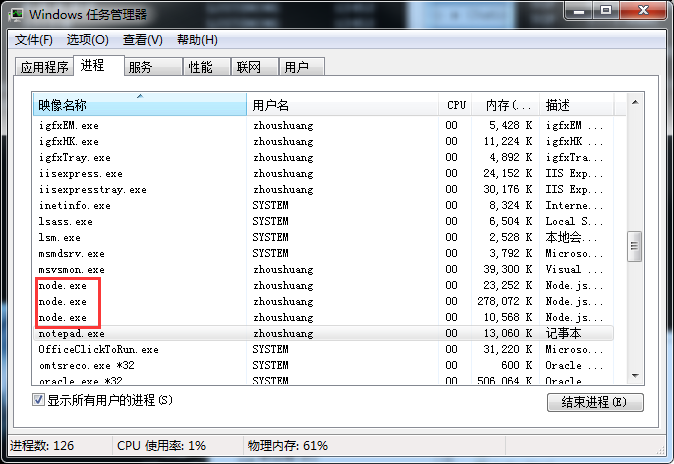