When sorting out the project framework, there was a sudden problem. The original framework did not have this problem. I don’t know if it was caused by a dependency. . .
Finally, use solution one to successfully solve the problem. The second solution could not be solved, and I also recorded it casually, maybe I will encounter it again later. 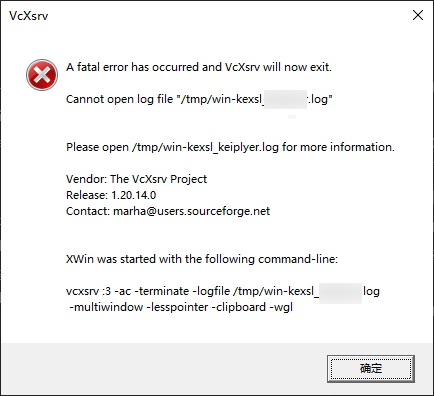 This problem suddenly appeared when I used samtools today:

At first, I thought that there was a problem with the conda environment, so I executed:

But it did not solve the problem, so I carefully read the error and found that there may be a problem with libcrypto, and finally solved the problem!

Enter lib, check if there is libcrypto.so.1.1, and establish a soft connection:

The reason is: some configuration files and services already exist
Solution:

After running the kubeadm join command

Cause: There are residual files
Solution: (works)

In the process of using zuul, start the application and call the interface and report an error:

Since the author is using the latest spring-boot 2.5.5 version, the getErrorPath() API was removed from ErrorController, but spring-cloud-starter-netflix-zuul 2.2.7.RELEASE still calls this API and causes this error.

Method 1: Use a lower version of spring boot to be compatible with spring-cloud-starter-netflix-zuul

Use spring boot 2.4.8 to be compatible with spring-cloud-starter-netflix-zuul

Added:
spring-cloud and netflix-zuul will work fine in the following versions:

Method 2: Create a BeanPostProcessor to intercept the call of the lookupHandler method

The operation is successful, no error is reported:

During this period of time, I was sorting out flink. I just tested an application before today: submitting a task on the web ui reported an error:

As shown in the figure: The running main program class name and degree of parallelism are specified here, and then an error occurs when clicking submit

Looking through the log, it turns out that the running java program requires two parameters, that is to say, the program needs to dynamically pass in parameters at runtime: its java program is like this

So when submitting a job, you need to pass in two parameters’

This will submit the task. If there is no problem when running the program, don’t worry, in general, you can judge the problem through the log, so you can deal with it urgently.

The above will report an error: Column ‘id’ in field list is ambiguous

The following will
(1) modify the column corresponding to one of the ids to other unique names guard_info_id
(2) add the table name t1.id to the id in the query results and query conditions

Background: The architecture is that fluentd logs are collected locally and then uploaded to es. It is found that the local stock of logs collected by fluentd has been increasing, and the logs are not written to es. The fluentd log reports an error of read timeout reached, as shown in the following figure

1. Suspect the disk performance problem, use the dd command to test the disk used by es-data, and find that the writing speed is still OK, so this problem is ruled out

2. It is suspected that there is an error in the buffer file. According to the reported chunkid, go to the /var/log/td-agent/buffer/elasticsearch directory of the corresponding fluentd host to remove the errored file to another place, then restart fluentd and find that there are new The chunkid file appears to block log writing, after several attempts, this problem is ruled out.

3. It is suspected to be caused by the number of threads of fluentd, and the parameter is

Set this parameter to 8, restart fluentd again, and find that the error of read timeout reached will still be reported, and when the number of threads is 1, it will report 8 at a time. The cause of the problem is not this parameter.

4. It is suspected that the timeout time of fluentd is too short, and the parameter is

Try to set it to 240s. After a long time, the error of read timeout reached will still be reported. If it is set to 2400s, because the time is too long, no error will be reported for the time being, but the number of local logs is still increasing and has not decreased. It is suspected that it has nothing to do with this parameter. Try other Method

5. When querying data, it is found that there are similar problems by adding the following parameters to solve the problem. The first two have been set, and the last one has not been set.

The es svc used in fluentd in the cluster is equivalent to reverse proxying the Elasticsearch node. After adding this configuration to fluentd and restarting, it is found that the log is written normally, and the problem is solved. The reason why the old platform is OK is because the old platform is iptables, and the iptables rules are generated to convert nat to ip address. The new platform is all ipvs, and ipvs is directly routed to the corresponding pod-ip, which is equivalent to a reverse proxy, so this parameter must be added.

Reason for the error:
The error is caused by the low version of python and xgboost. Under python3.6, xgboost can only be updated to 1.5.2;