After NPM run build package is run in the project built by Vue cli, an error is reported

Locate the error in the router file. From the cause of routing, the problem appears in the Axios application mode. Because Vue resource was used before, its usage mode is as follows:

However, when I change it to Axios, according to his way, although the local runtime is OK, the above errors will appear after packaging. The correct way should be 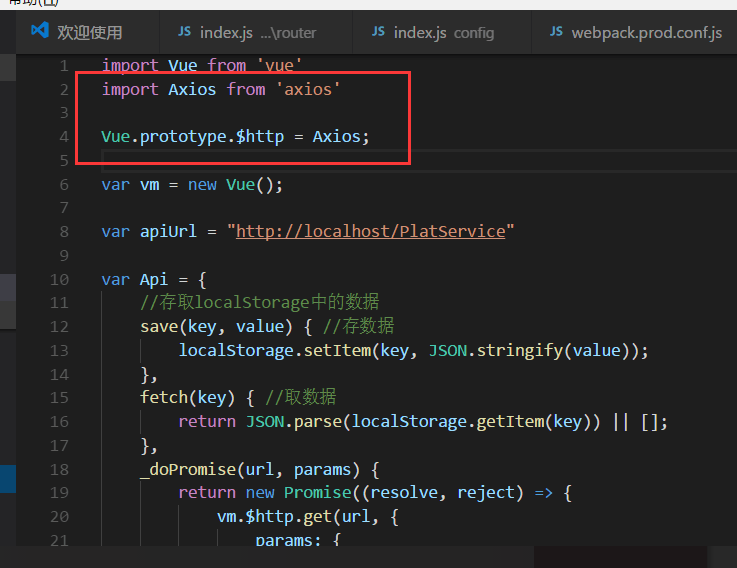 After introducing the Axios plug-in, assign it to Vue. Prototype. $HTTP, and use the VM. $http. Get () method directly