Comparison between weex and react native

Write on the front

But the performance is poor. Low efficiency of page rendering, drawing interface in WebView, realizing animation, resource consumption are relatively large, limited by technology, network speed and other factors 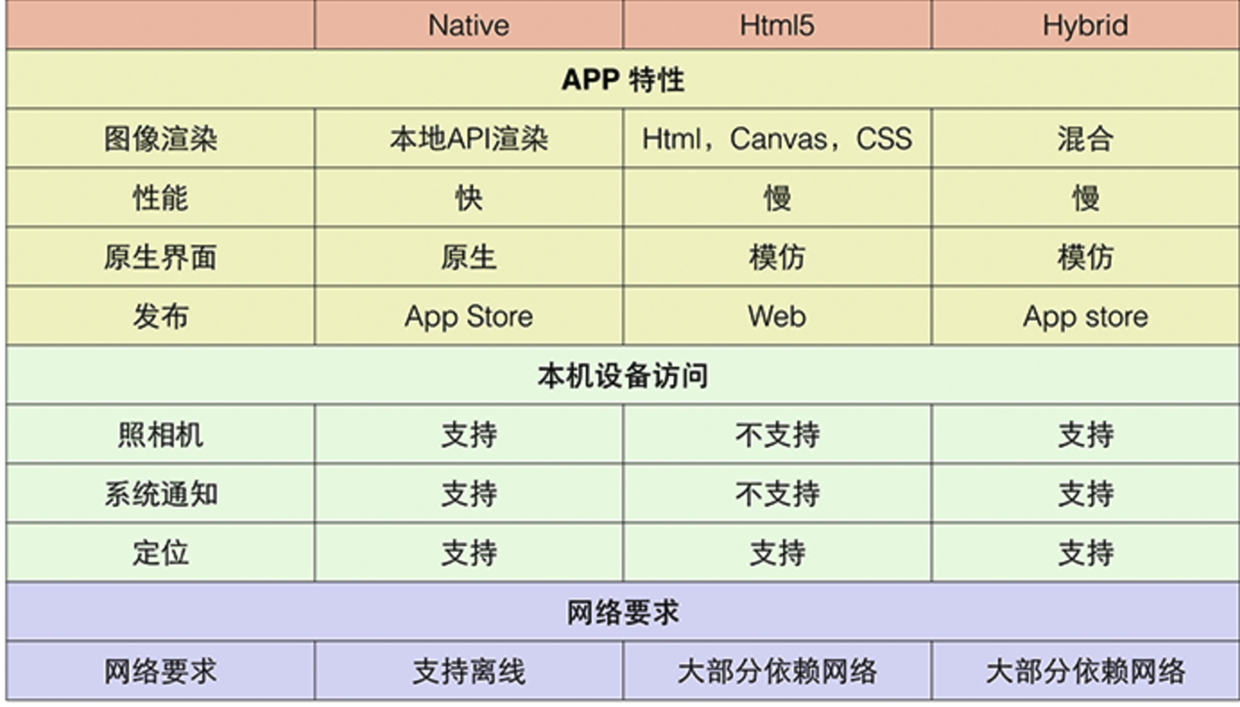 In order to solve the above problems, a set of high-efficiency, high-performance cross platform solutions has become a hot topic, there are the following to compare the weex and react native

Introduction:
weex is an open-source UI framework for building mobile cross platform by Alibaba and June 2016

Based on JS development framework:

Weex based on vue.js

Based on JS development framework:

React native based on react

It is a library to build a data-driven web interface. Vue.js The goal of view component is to realize data binding and view component composition through API as simple as possible

The development of front-end interface based on HTML is becoming more and more complex. Its essential problem can be attributed to how to efficiently reflect the dynamic data from the server or user input to the complex user interface. The react framework from Facebook is a solution to this problem. According to the official website, its starting point is to develop large-scale applications with constantly changing data. Compared with the traditional front-end development, react opens up a quite alternative way to realize the high-efficiency and high-performance development of the front-end interface.

Vue.js Similarities and differences between real and real:

The difference between Vue and react

Similarities and differences between weex and react native

Can achieve hot reload, while updating the code to see the effect

What is JS engine

Reactnative needs to install and configure many dependent tools according to the documents, which is relatively troublesome. Weex can be used after installing cli

2. Vue vs react: the above comparison has been done

There is a certain cost in learning and using react template JSX. Vue is more close to the common way of web development. The template is ordinary HTML, the data binding uses mustache style, and the style uses CSS directly

React native community is more active, and there are more projects and materials to refer to

A picture: from rendering time, memory usage, CPU usage, frame rate (GPU can refresh several times per second, high frame rate can get smoother and more realistic animation. The more frames per second (FPS), the smoother the action will be displayed. ) 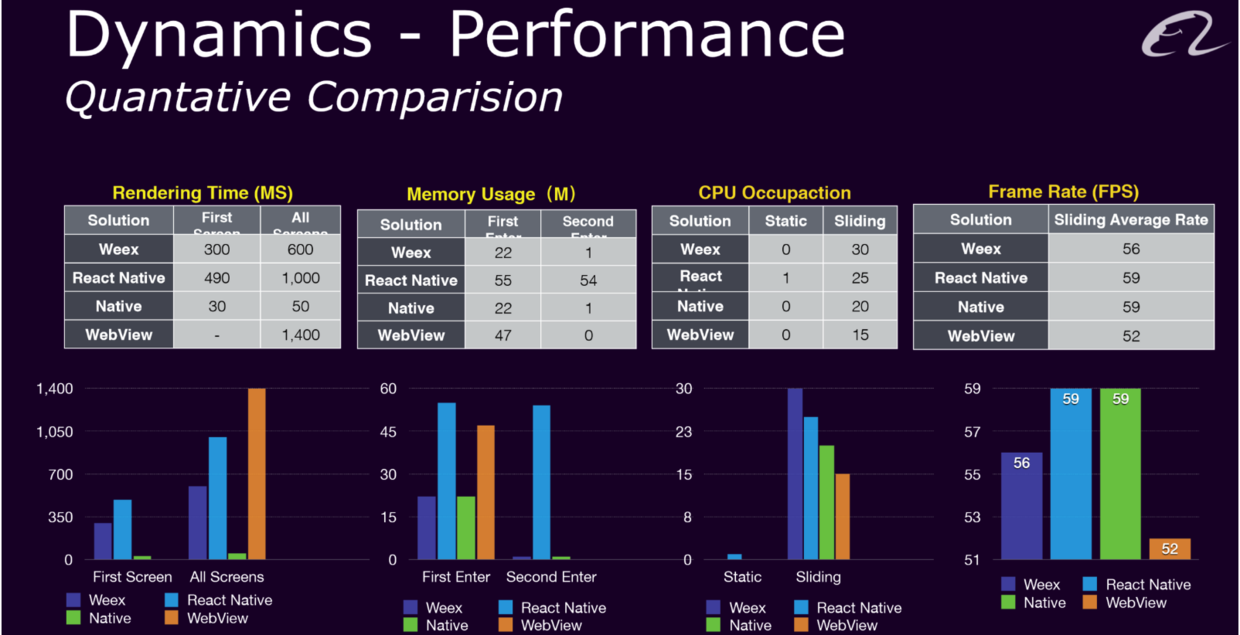 Comparison of various types of applications