when idea debugged the local program, an error was reported when creating the hivecontext. This problem was not found in the morning. In the afternoon, a small Deamon was written in the project. This problem occurred. Here is my code:

By the way, how do I find the build.sbt file in idea 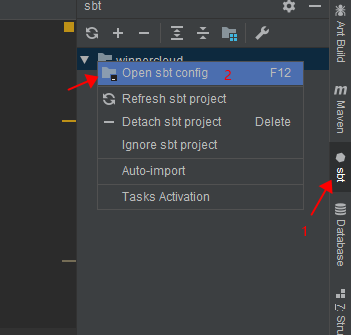 The culprit is this word, which needs to be changed to “compile”, as shown in the following figure:

Then, click the prompt in the lower right corner, import:

Wait until the update is completed, and then compile here. Success

Big pit, record it here to prevent encountering it again in the future