1 error reporting, such as picture : 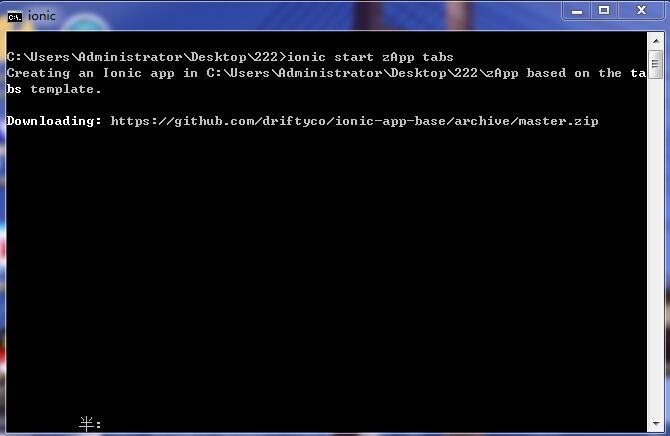 I haven’t responded for a long time, which is stuck. First, my network is not good; Then they began to report a series of problems, such as start is not an instruction, gradle file error, etc

No, the reason is detailed

a. Let’s talk about the version first. As long as you have installed node NPM JDK Cordova ionic and other environment configurations, and each environment can be executed, in the sense of program, the environment has been configured successfully

As for the failure to execute the ionic start myapp tabs command, unless an error is reported, which obviously means that the version of an environment is backward, it is not the reason for the version

c. this is the key to solving the problem:

It seems that the essence is the network problem, because when this problem occurs, a node will appear under our project_Modules file, which is the dependent resources of the project

When NPM is loaded with network problems or walls, it is easy to load incompletely, resulting in a series of problems; The solution is to use Taobao image to download dependent resources:

When there is no error in the returned value, continue to perform the following operations (not shown in the figure above)

Re execute: cnpm install — save   Use cnpm to avoid network or wall (Note: be sure to enter the project path and execute this command: CD myapp)

If everything goes well, you won’t report the previous errors again. If you don’t report any errors, it means success

Then execute: ionic serve to see if it can run normally;

Well, if everything goes well, it will be solved in this way. I wish you a long way. These are basically the mistakes. Remember to ensure that your environment has been successfully installed!