K8s command line tool kubectl is a necessary tool for people who play k8s. Kubectl plug-in mechanism declared stable in kubernetes 1.14 and entered Ga State. The plug-in mechanism of kubectl is to allow developers to issue customized kubectl subcommands in an independent binary form. Kubectl plug-in can be developed in any language. For example, it can be a script of Bash and python or a binary executable file developed and compiled in other languages. As long as the script or binary executable file is finally put into path with kubectl – prefix. Use kubectl plugin list to see which plug-ins are available in path

Krew is the manager of kubectl plug-ins. Using Krew, you can easily find, install and manage kubectl plug-ins. Krew itself exists as a kubectl plug-in. The installation documents on the official website are very clear and friendly. You can move: https://krew.sigs.k8s.io/docs/user-guide/setup/install/   。 I installed it by downloading the file directly. Before installation, confirm that git has been installed on the target machine. Krew will use git when updating the local plug-in index. 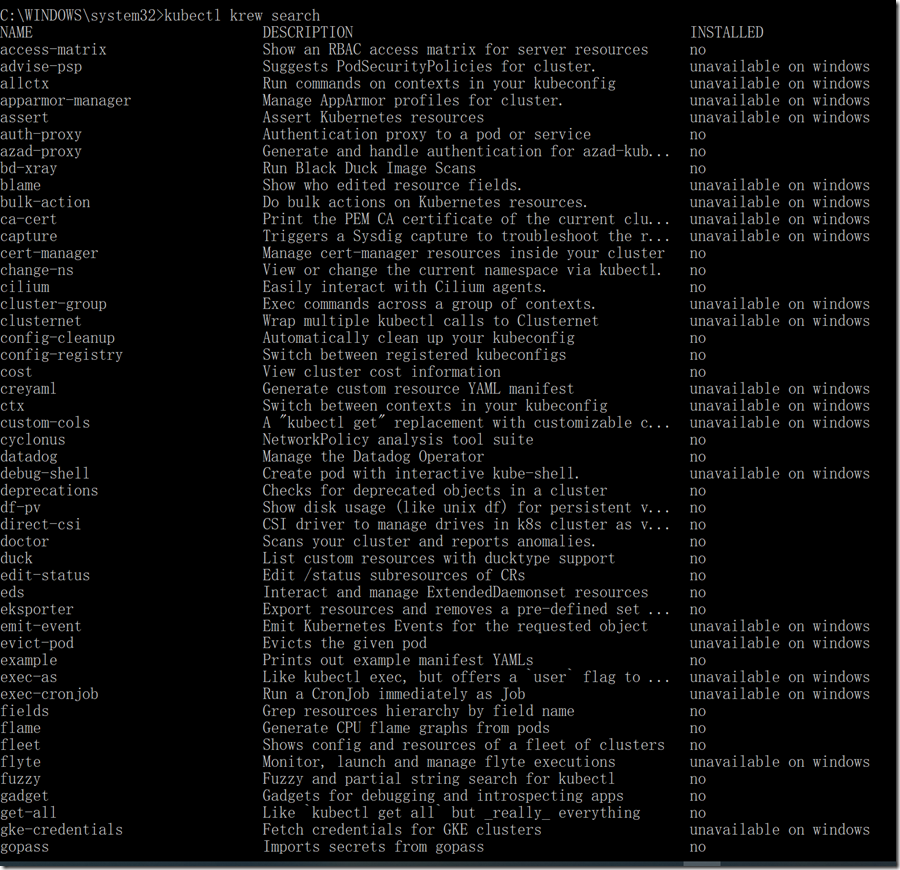 NS is a plug-in that can switch namespaces in the kubernetes cluster. Are you tired of adding – N & lt; every time you hit the kubectl command; namespaces> And don’t want to maintain a large number of context in config. Then the NS plug-in is to save you. It will modify the context in the current config to the current namespace when switching the namespace, so you don’t need to add the – n parameter.

The images plug-in allows you to view the image information used in the current namespace (or even the entire cluster) workload. Currently, several functions are supported as follows:

Lists the image information for all namespace workloads

The specified field displays the associated k8s information of the image

Specify a separate namespace to display the image

In most cases, the information in our secret will be stored after Base64 encoding in advance. When we need to read the content from secret, we are doing decode

But our goal is to type fewer commands and never more than one letter. Then view secret can help us at this time.