The most annoying thing about using Visual Studio Code to write C++ programs is that the Code Runner plug-in can’t compile and run files with spaces in the file name. This problem has troubled me for a long time. Although it does not affect my learning, too many separators always feel unpleasant. So I studied it carefully.
First create a test program called “hello world”, and then analyze the reason based on the G++ error report in English:

No such file or directoryIt means that there is no such file or directory, fatal error: no input fileswhich means a fatal error: there is no input file, and then the compilation has been terminated. According to error, we found that the C ++ compiler is hello world.cppas the helloand world.cppthe two documents, my first reaction is the filename with spaces to be enclosed in double quotes. Go to the Code Runner plug-in page, click Settings -> Extended Settings. 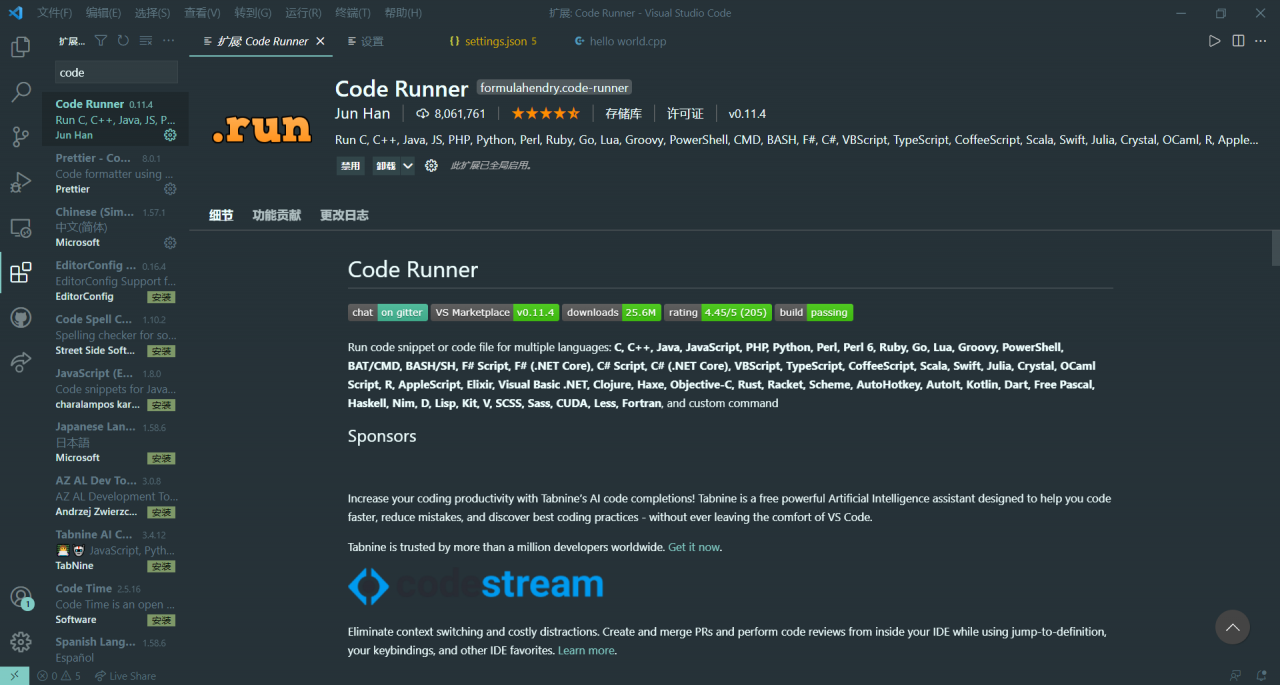 After that, find Executor Map and click to edit in setting.json.

Find “cpp” and change it to:

Run hello world.cpp, the compilation is successful, but how to output the file name? I tested it in CMD again. It was able to compile and run the program. The problem was immediately locked in Powershell. I thought that the code of the CMD and Powershell running program must be different, so the failure occurred.

After searching for Baidu, I found out that Powershell should add the symbol (&) in front of it. This is called a call operation. 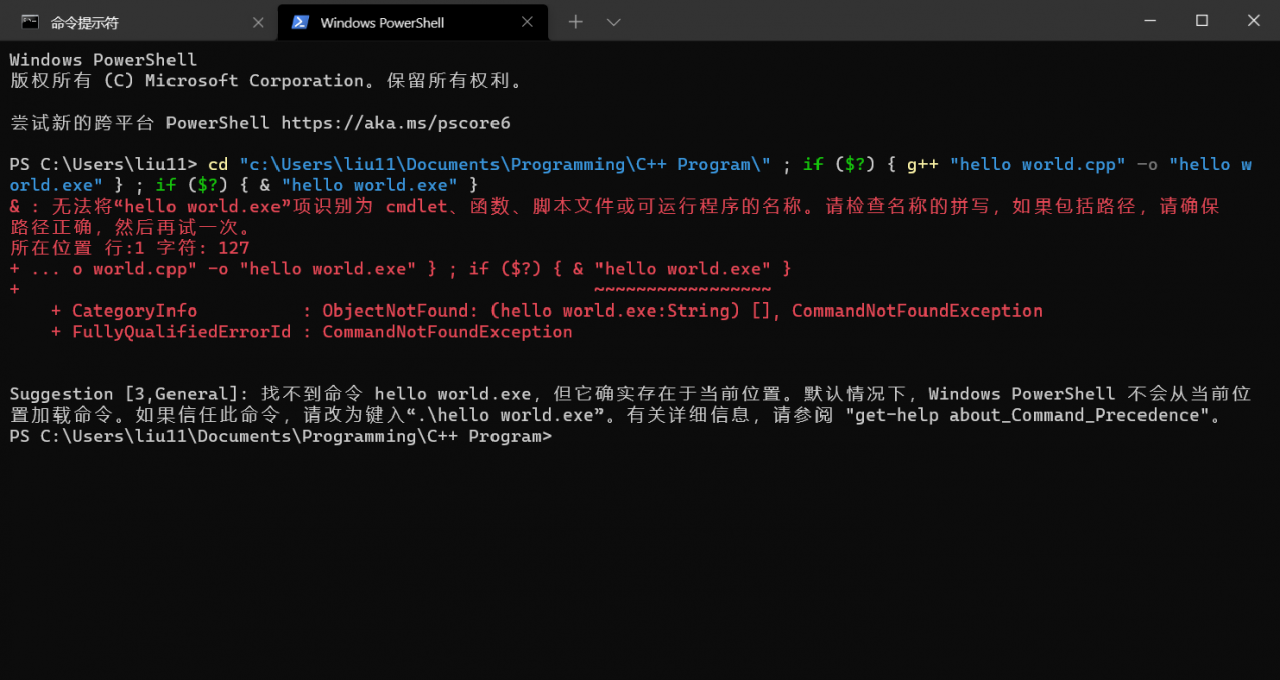 It turned out to be added with “.”. The final compile and run code becomes: