After uploading the ipa package for iOS, I received this email 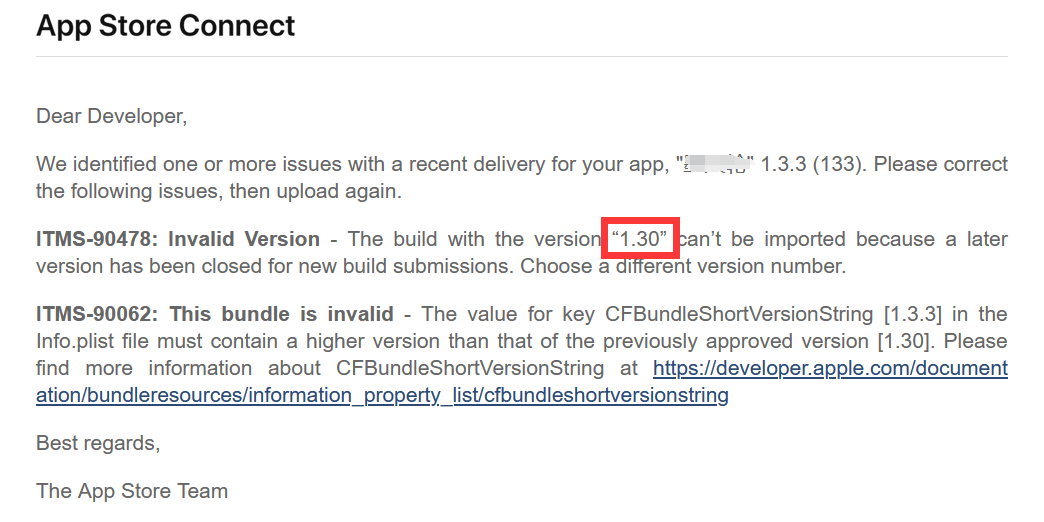 ERROR ITMS-90478: "Invalid Version. The build with the version “2.20.170928” can’t be imported because a later version has been closed for new build submissions. Choose a different version number."
ERROR ITMS-90062: "This bundle is invalid. The value for key CFBundleShortVersionString [2.0] in the Info.plist file must contain a higher version than that of the previously approved version [2.20.170928]."

(1) The version number shall be standardized

For the above screenshot errors, I can set the current version and bulid version numbers to 2.30 or 3.0, or other.