Recently, after upgrading as, I found that it was useless in tools under Android in the menu bar, so I couldn’t open DDMS happily, but some work still needed the help of DDMS, so I began to fight with Android studio for opening DDMS

Let’s take a look at Google’s description of Android device monitor in Android studio after 3.0

Android Device Monitor is a standalone tool that provides a UI for several Android app debugging and analysis tools.

However,most components of the Android Device Monitor are deprecatedin favor of updated tools available in Android Studio 3.0 and higher.

To put it bluntly, Android device monitor is not easy to use. We [Google] are going to abandon it slowly, so we start to do it slowly in Android studio 3.0, so we delete the Android menu under tools in the Android studio menu bar, and of course, the DDMS icon in the menu bar is also deleted, As a result, DDMS can not be used as easily as previous versions of as, but DDMS is still very useful in many cases; So Google keeps Android device monitor

How to open Android device monitor in Google Documents:

Start Android Device Monitor
To start the standalone Device Monitor application, enter the following on the command line in theandroid-sdk/tools/directory:

that's what I would say :

In our vernacular, as deleted the previous Android menu in the tools directory after 3.0, which led to the previous tools -- > Android--> Devicemonitor opening DDMS doesn’t work

Finally, according to Google documents, you can open DDMS by yourself, and make a record here:
Click here

2. In the Android SDK/tools/ path of the SDK, [ is the same path as configuring the ADB command ], there is a batch file of monitor. Bat

3. Click the batch file monitor. Bat twice in a row to open a command line input board similar to CMD on the screen, and then quickly automatically close

Attached is a screenshot of the Android SDK/tools/ file [marked monitor. Bat ]:

and the picture as proof : 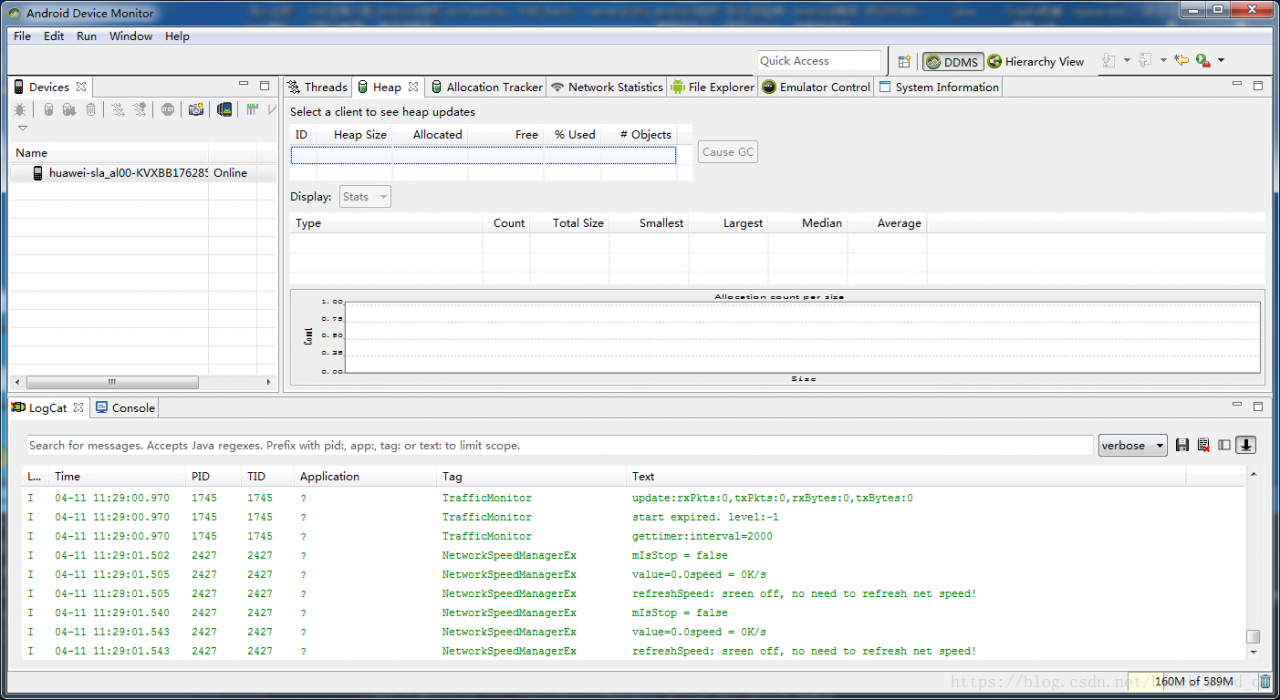 If you need DDMS frequently, you need to find Android SDK/tools/monitor.bat in the Android studio configuration SDK folder first, and then open it. This is a bit troublesome. So I came up with the following simple ways to open DDMS

Now we are faced with devices that need to use DMMs frequently. Here, we simply write a simple batch file bat and put it on the desktop. When we need to open DDMS, we can click to open DDMS, which is much better

In fact, in the above batch file, it is the last line of command that really opens DMMs. Of course, this line of command can be executed in the command window, and DDMS can also be opened

(2) In the terminal at the bottom of Android studio, enter:
call D: (Android SDK, tools, monitor. Bat , then press enter to execute, and wait for 1 to 3 seconds to open DDMS