How did “people you might know” find you on social software>>>

Recently, we have done a front-end project. The project needs to refer to VLC browser plug-in. JavaScript has no problem in ie, Firefox and other browsers, but the plug-in cannot be supported in Chrome (Google) browser

Problems were found after constantly changing chrome versions. VLC plug-ins are only supported before version 41. Later, we found that this is the problem of npapi and ppapi

To put it simply, the npapi plug-in interface was first developed for netscape browsers, and later became a plug-in standard supported by other browsers. The floating windows downloaded by Alibaba Wangwang and Baidu cloud are also developed according to npapi. Compared with npapi, ppapi is a new standard to be supported by chrome

Why change API?What they say is that: (npapi) has performance, hang, complexity, security and other issues. In addition, not supporting mobile devices is also the main reason for its elimination

Mozilla has planned to stop supporting npapi plug-ins from December this year. Chad Weiner, director of product management at Mozilla, said that a powerful and open web should run anywhere without any special purpose plug-ins. That means that after December 2015, browsers such as Firefox will not be able to support npapi plug-ins. Of course, there are still some ways to join the white list

Let’s talk about the process of Chrome browser supporting VLC (similar to other npapi plug-ins):

browser “help and introduction” – & gt“ About

Then enter in the address bar: chrome://plugins/ Find the corresponding plug-in, check “always allow” and restart the browser

Of course, after the restart, he will still pop up a warm hint of schadenfreude: “this plug-in will not support it soon.”. But it does not affect the use

Change the browser version. After September 2015, they only support ppapi 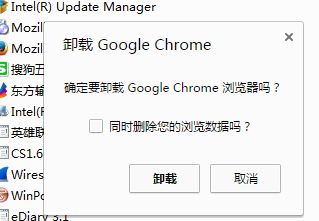 3、 Of course, there is also a temporary way. If you don’t uninstall version 46, you can download the green version of chrome