According to the plan, we need to install a Linux system on the virtual machine to serve as the server for web architecture learning

The server of the company project uses Linux system, and the specific version is unknown. Although we don’t need to pay attention to the final deployment in our development, we have a certain understanding of it. Java web is usually deployed on Linux, so we chose Linux. As for the specific version, the final choice is CentOS

The choice of virtual machine is mainly VMware and VirtualBox. Because VMware had to charge, VirtualBox was downloaded. Did not expect to create a system, there is no linux64 option. Online a check, need to turn on a switch of the BIOS, or other complex operation, feel a bit troublesome. However, in the process of searching, we found that win10 comes with Hyper-V, so we quickly called it out. After some basic configuration, we loaded the ISO of CentOS system

The image’s hash and certificate are not allowed. Fortunately, Baidu know to help me solve this problem: close hyper_ Safe boot options for this virtual machine in V. After closing, you can install 64 bit CentOS, and immediately like the answer 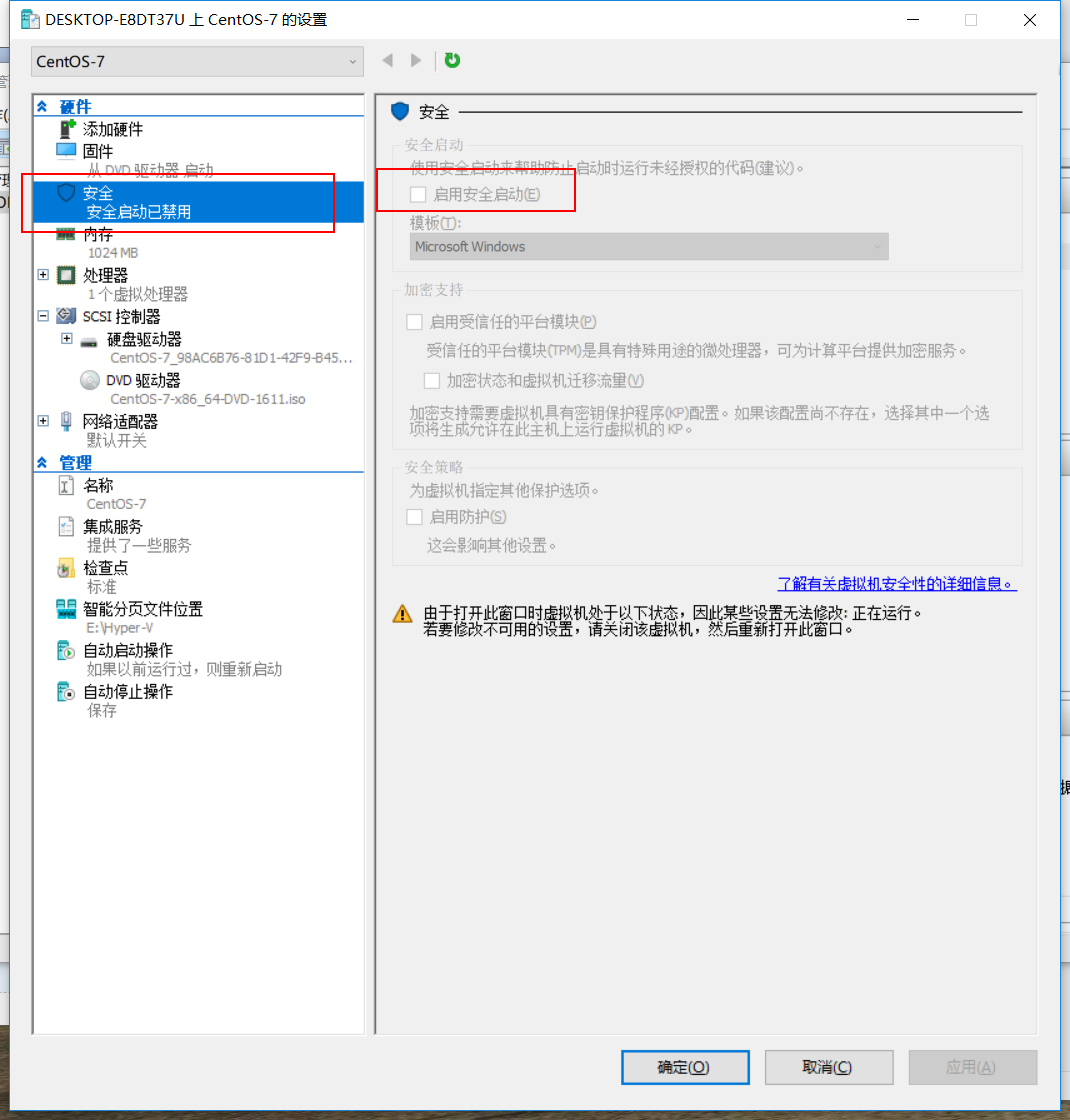 The system is finally installed. Try xshell and winscp, but also very easy to use. However, it seems that the configuration of the virtual machine system is not suitable. Win10 reveals that there is not enough memory and some processes with high memory usage need to be shut down. These problems can be solved later

By the way, I know how to use vim and Emacs. The introduction of vim is relatively simple, but it’s a little confused when switching from command mode to insert mode. It’s really hard to guess the three switching modes of insert, a and I without looking at the guide

Emacs is more troublesome, first download the source code, and then compile. In the process of compilation, one after another problems appeared, such as configuration: error: NO x toolkit could be found. I didn’t want to bother, so I added — with-x-toolkit = no and other settings one by one, and finally compiled successfully. I didn’t expect that when it started to run, it was still muddled and could not be used at all. Better use VIM first. Emacs later