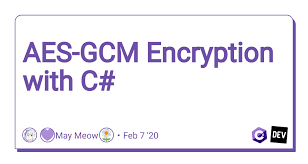 Error algorithm 'aesgcm' is not supported on this platform

If the dotnet program of AES GCM is used, an error will be reported in MacOS

Aesgcm is a very popular symmetric encryption algorithm, so I was surprised by this error. At first, I thought it was the problem of dotnet core adapting Apple silicon. After consulting the document, I found that the original MacOS had this adaptation error. Mac’s security policy does not allow third-party programs to call the system’s encryption interface, so only third-party encryption libraries can be used. I really want to spray Microsoft here. Since it can’t be used, give me a solution. Why don’t I copy and paste it. Just earlier, I encountered the OpenSSL configuration problem when solving dotnet5 under Apple silicon. Pass in the Lib path of OpenSSL arm. The problem is solved. The following is the latest version I use. You can modify the corresponding path of other versions